Recent finding in China has shown that Swine Flu has the potential to be an up and coming pandemic that could spread from pigs to humans.

According to The Guardian, the new type of swine flu, named G4, is genetically descended from the H1N1 strain that caused the 2009 pandemic.

G4 strain has already infected 10% of industry’s workers in China but no evidence yet that it can be passed from human to human.

Swine flu is caused by an influenza virus and it is a highly contagious disease.

The disease is spread through saliva and mucus particles. People may spread it by:

Some ways to prevent swine flu include:

We at Zagro have a solution against the causative agent of Swine flu thru our product Ultraxide™ which can be applied at high traffic surfaces at a dilution rate of 1:200 or higher.

Ultraxide™ has been used extensively by the public during the past Avian Flu outbreak as well as the current COVID-19 pandemic.

On top of its track record as a virucidal, Ultraxide™ has proven time and again that it is a potent virucidal with the recent testing done for African Swine Fever.

* Please note that this is news from overseas, and Swine Flu is exotic to Australia. 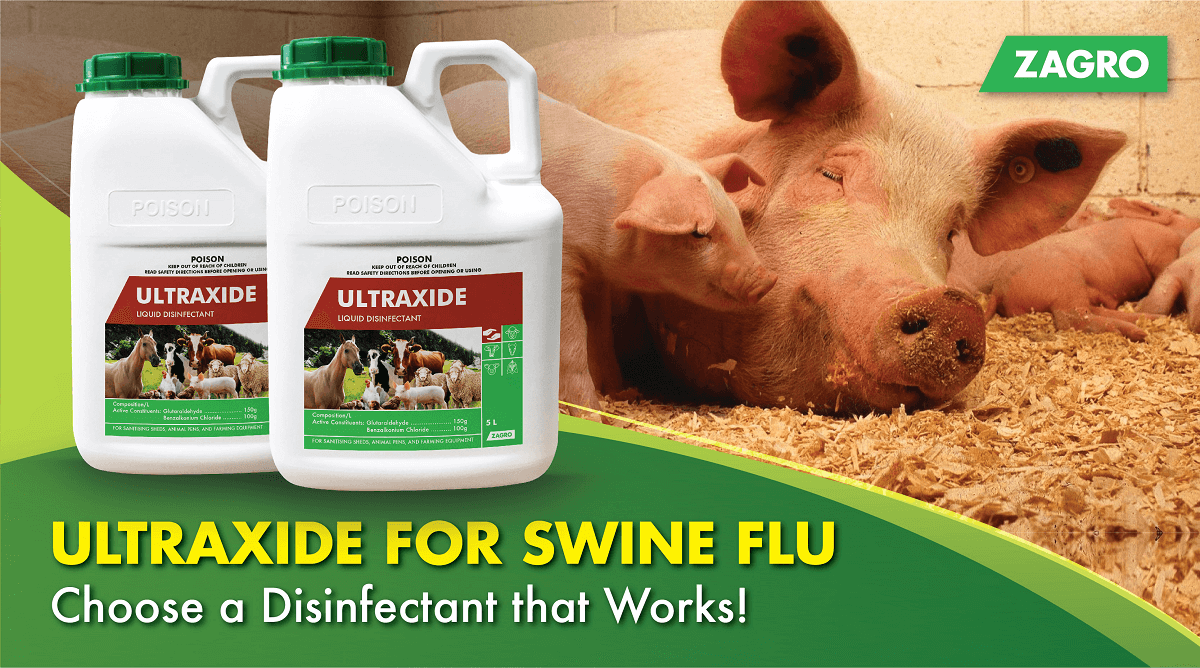 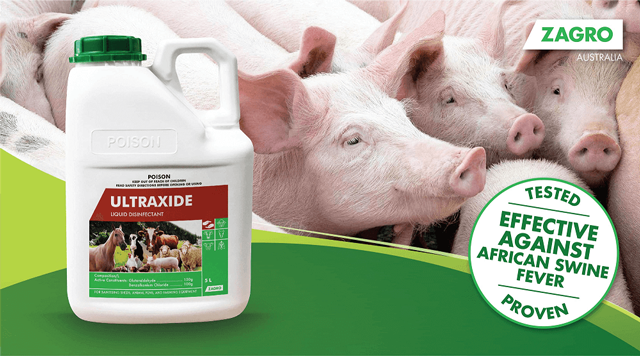 Be one of our distributors in Australia
REGISTER YOUR INTEREST HERE